Five years ago, the GrowFL Economic Gardening® (GrowFL) program was created at the University of Central Florida.  Between the 2012 and 2013 fiscal years, it has helped create nearly 3,745 net new jobs in the state of Florida, which also equates to $587 million added to Florida’s economy and nearly $20 million more in state and local tax revenues.

These figures are part of a new Florida economic impact study that credits GrowFL’s influence as a major job booster for second-stage companies, those that have 10 to 99 employees and between $1 million and $50 million in annual revenue. 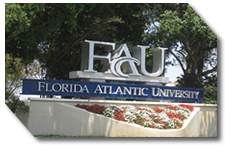